With timber, aluminium and pvcu options to pick from estuary view have french doors covered

French doors are a style of door which feature two door panels that open either outwards or inwards from the centre. As they tend to be a glazed door style, they are most commonly found on the rear of properties, leading out to the garden.

Typically, when French doors are paired they open at opposite, outside edges. This allows a doorway to be twice as wide as either single door. This is partly due to the fact that in the 17th century it was difficult to make very large French doors that were not unduly delicate. Mostly thought it was because the concept of symmetry was extremely important in architecture at the time, and that arrangement was considered to be quite elegant. 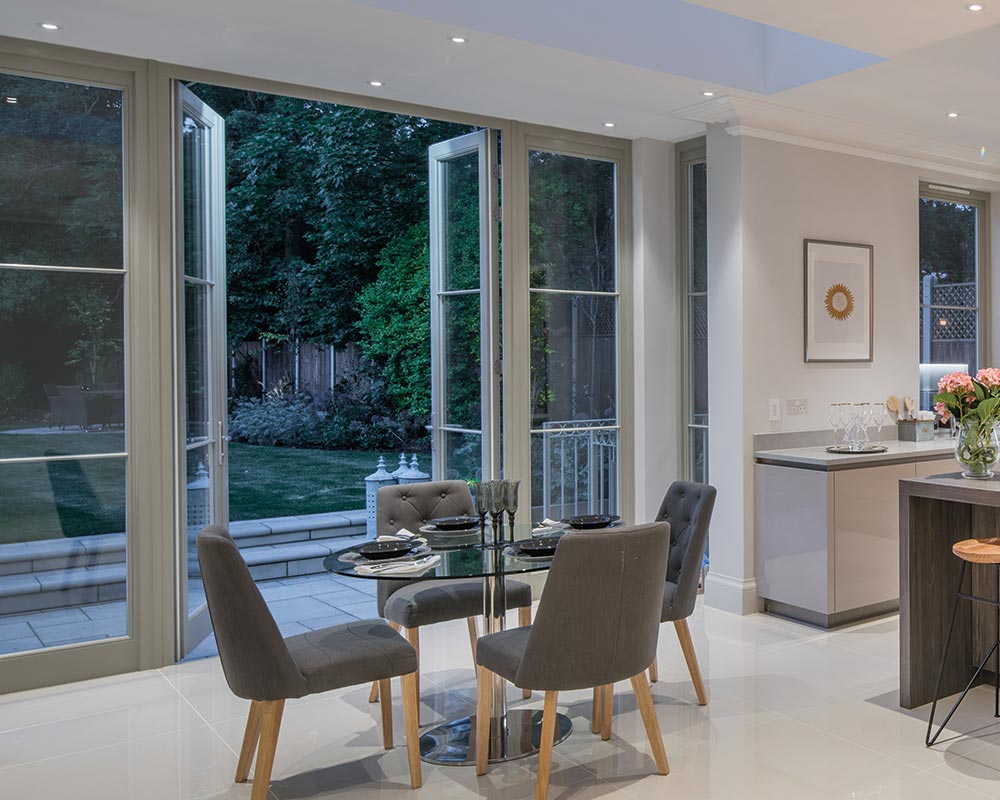 Substituting a screen for some or all of the lites on a French door allows for a brilliant amount of airflow, while keeping out insects and other pests. Of course, this is best suited to spaces where another, more weather-resistant door can also exclude the wind. Frosted glass lites are another popular choice. These allow light and a sense of airiness through without sacrificing privacy. Some designers opt for frosted glass up to eye-height but clear lites above, for the best of both worlds.

Many French doors feature integral blinds, usually between 2 panels of double glazing. This allows you to control the transmission of light – and sight – through the door, but never needs dusting! Other French doors feature lites that open – a window within a door. This is ideal for letting a bit of breeze through without leaving your door open.